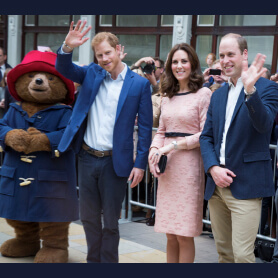 The event was held at Paddington Station and was attended by cast and crew of Paddington 2 with a special trip on board Belmond British Pullman.

STUDIOCANAL with support from BAFTA, through its BAFTA Kids programme, hosted an event at Paddington Station for the young beneficiaries of Their Royal Highnesses' Charities Forum, attended by The Duke and Duchess of Cambridge and Prince Harry. Guests were welcomed into Paddington Station by Paddington and a calypso band featured in the forthcoming film, PADDINGTON 2, before they embarked on a special trip aboard Belmond British Pullman train, which appears in the film, powered by the 60163 Tornado steam engine.

The Duke and Duchess of Cambridge and Prince Harry spent time meeting the young guests on board the 1920s and 30s vintage carriages that form the sister train to the Venice Simplon-Orient-Express, also operated by Belmond, before waving off guests as Belmond British Pullman train departed Paddington Station for a journey through the English Countryside. On board the train, guests were treated to a Paddington themed Afternoon Tea which they enjoyed whilst taking part in a variety of activities, devised by BAFTA and led by children’s television presenters including decorating their own mini suitcases and luggage labels, and writing postcards to Paddington’s beloved Aunt Lucy. 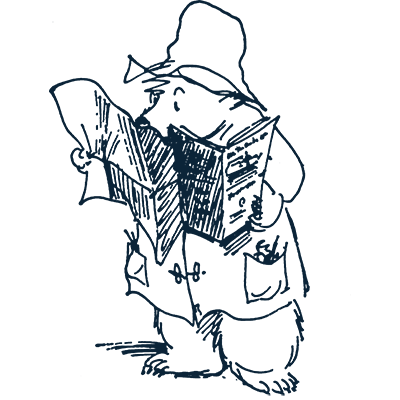