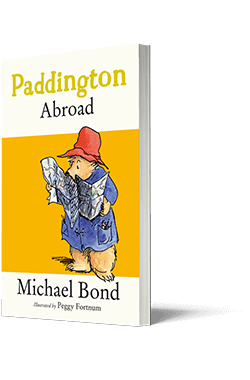 There is great excitement in the Brown Household when Mr. Brown announces they are all going on holiday to France. As always, Mr. Gruber has a pile of useful books on the subject and is delighted to lend Paddington an old phrase book and a genuine French beret. Anxious to test out both, Paddington is soon mistaken for a French onion seller.

A Visit To The Bank

Paddington pays a visit to Floyds Bank to withdraw some money for his holiday. He decides to leave the interest in for a rainy day but is horrified to learn it only amounts to three pence.

Worse is to come when he discovers he can't have back the very same notes that he deposited in the first place and it takes the arrival of Mrs. Bird to sort things out and restore order.

Trouble At The Airport

At last the departure day arrives and everyone's in fine spirits until they arrive at the airport. The authorities take a very dim view when they discover there's a bear travelling under a false name, with a disguise outfit and no passport. The Browns fear the worst, having forgotten about the secret compartment in Paddington's suitcase. Luckily, Aunt Lucy has ensured it contains more than marmalade sandwiches.

When the car gets a puncture Mr. Brown announces it's time for a picnic. Paddington sets off for some firewood but returns with the ingredients for lunch. There are some very green faces when everyone discovers he's fed them snails but all is forgiven when Paddington announces his surprise: he bought the snails at a local village he's found and it's the perfect spot for them to spend their holiday.

Paddington And The 'Pardon'

Paddington is caught up in the excitement of a special festival which is taking place in the village. After a very unsatisfactory episode with a fortune-teller, he volunteers to stand in for the drummer in the local band. Unable to see over his instrument, Paddington gets separated from the rest of the players. Fortunately, due to his continued efforts to keep up the rhythm, his rescuers eventually find him.

A Spot Of Fishing

The rest of the family have their doubts when Mr. Brown organises a fishing trip on a sailing boat belonging to local Englishman, Admiral Grundy. Their worst fears are realised when Paddington is put in charge of the ropes and it's not long before they all become marooned on a small island. Luckily, Paddington's efforts at erecting a tent are mistaken as a distress signal on the mainland.

Paddington Takes To The Road

There is great excitement when the famous Tour de France bicycle race is due to pass through the village of St. Castille but Mrs. Bird's suspicions about Paddington's odd behaviour are confirmed when the cyclists finally appear, complete with Paddington in their midst. The missing brakes on his hired tricycle nearly cause a disaster but there are cheers all round when he wins a special prize for the fastest ride down the hill into the village. 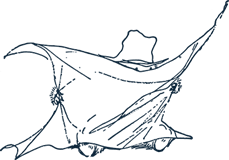