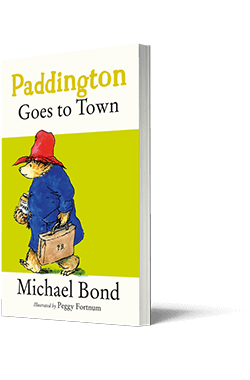 Paddington doesn’t intentionally turn his friend’s wedding into an uproar by getting the wedding ring stuck on his paw. Nor does he mean Mr Curry to slip on his marmalade sandwich in the middle of an important gold shot. But these sort of things just happen to a bear like Paddington!

A Day To Remember

Paddington is very honoured when he's asked to be an usher at a wedding. He takes the job very seriously and does so much 'ushing', that the congregation is totally silent. But things don't stay that way when it's discovered the ring is missing. Needless to say, Paddington's involved and it takes the help of the fire brigade to remove it from his paw.

Mr. Curry asks Paddington to act as his caddie in an important golf tournament but when Mr. Curry hurts himself by slipping on a marmalade sandwich, Paddington has to take over. Mr. Curry's rage is complete when Paddington wins the prize for the furthest travelled golf-ball by accidentally hitting it on to a passing goods train!

A Visit To The Hospital

Mr. Curry is recovering in hospital after his golfing accident. Paddington pays him a visit but gets lost looking for the ward and mistakenly ends up in a psychiatrist's office. After a few minutes with Paddington on the couch, the psychiatrist decides he is the one who needs treatment!

While still searching for Mr. Curry, Paddington is mistaken for a foreign medical student. He finds himself on a ward round with Mr. Curry's consultant who has been looking for a way to prove the Browns' neighbour is a malingerer. Paddington finds the perfect solution when he accidentally spills hot cocoa onto Mr. Curry's foot, causing him to leap around the ward in pain.

Paddington And The 'Finishing Touch'

Paddington goes to buy a garden ornament as a 'finishing touch' for Mr. Gruber's patio, but all he can afford is a large stone ball. He causes havoc when he tries to take it home on the bus but Mr. Gruber is delighted with his gift which makes a perfect cocoa stand.

Everything Comes To Those Who Wait

When Paddington goes carol singing he is mistaken for a waiter who is due to help out at a society dinner party. Matters get worse when the chef resigns and Paddington has to take over the cooking. In his confusion he serves the guests 'baked elastic' instead of 'baked alaska', but they all agree it's an evening to remember.

Mr. Brown takes the family to see the Christmas lights. Paddington is so enthralled he doesn't notice that the crowd have mistaken him for a busker's assistant and are busy filling his hat with money. Things nearly turn nasty when the police arrive but Mr. Gruber comes to Paddington's rescue and everyone goes home happy. 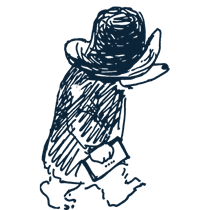