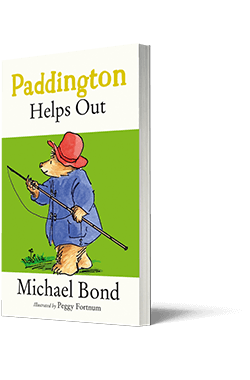 Somehow trouble always comes naturally to Paddington. What other bear could catch a fish in his hat, or cause havoc in the Browns’ kitchen just trying to be helpful?

A Picnic On The River

When Mr. Brown takes the family for a picnic in a boat on the river he announces that he'll give a prize to the first person to catch a fish.

There's a great to-do when Paddington falls overboard and worse is to come when they discover his hat has been swept over a weir. However, anxiety turns to delight when the hat is found, complete with a fish inside it, meaning that Paddington has won the competition.

Paddington visits an auction with his friend, Mr. Gruber, and in his excitement he ends up bidding for more than he'd intended.

The other bidders are convinced that Paddington must know something they don't, with the result that he ends up with some unexpected bargains including a carpentry set and a rather unusual preserves stand.

Paddington is anxious to test out his new carpentry set. With an eye to a free magazine rack, Mr. Curry offers his kitchen table for Paddington to work on.

He should have known better; Paddington cuts through more than his piece of plywood and even closed curtains and a liberal application of marmalade can't hide the fact that Mr. Curry's table has been accidentally sawn in half.

A Visit To The Cinema

The Browns take Paddington to the cinema and he is most upset when the people behind ask him to remove his hat. He compromises by suggesting he turn it round so they can look through some of the holes.

Events take a downward turn when Paddington learns that the organist who was due to play in the interval has lost the use of one arm. He hurries off to investigate and saves the day when he turns the pages of the music, allowing the organist to play the music with his good hand.

Something Nasty In The Kitchen

When Mr. and Mrs. Brown are taken ill, Paddington decides to take charge. Mr. Brown's spirits rise when he reads the menu that Paddington has planned. Luckily he hasn't seen the sight downstairs which might not give him such a good appetite. For some reason, Paddington's dumplings don't look the same as Mrs. Bird's and they soon start to take over the kitchen. Luckily for Paddington, Mr. Gruber comes to his rescue just in the nick of time.

Trouble At The Launderette

When Paddington visits the launderette Mr. Curry talks him into taking his washing too. Paddington finds it all a bit complicated and soon everything ends up in the wrong place, from the soapsuds all over the floor to the woollens in a hot wash.

Fortunately, Paddington has unwittingly done Mr. Curry a good turn as his jumpers end up fitting him for the first time in his life!

As a special birthday treat, Paddington is taken out to dinner at the Porchester. He doesn't get off to a very good start when he orders a marmalade sandwich with custard. Things get even worse when Paddington's pickled onion accidentally lands in the orchestra's saxophone and when he tries to put out the flames on an omelette flambe, the Browns are asked to leave.

Fortunately another diner comes to Paddington's rescue and he turns out to be none other than Sir Huntley Martin, the marmalade king. 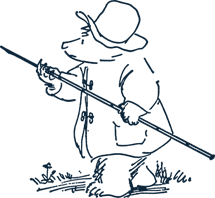