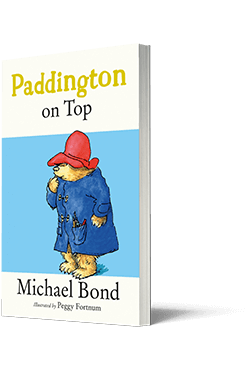 Up until now, Paddington has managed to avoid school. But the Inspector himself catches up with him and packs him off. After one day, even the teacher wonders whether there is anything he can teach a certain bear from Darkest Peru.

An inspector arrives at the house one morning, insisting that Paddington has to attend school. Although the Browns are full of misgivings, Paddington is quite keen on the idea, unlike his new teacher, Mr. Eustace. After buying fish fingers for the biology dissection class and nearly putting worms in the lunch, it's agreed by all concerned that perhaps Paddington would be better off staying at home after all.

Paddington is tricked into becoming a vacuum cleaner salesman. He offers Mr. Curry a free demonstration and, anxious to make his first sale, adds plenty of extra dirt to

Mr. Curry's carpet for good measure. It's only then that he discovers the awful truth; Mr. Curry's house does not have electricity.

Mr. Gruber takes Paddington to a court in order to see the workings of the law. Unfortunately, the first case involves a Mr. Brown and Paddington finds himself in the dock. He soon discovers that lawyers speak a language all their own, and in no time at all even the judge loses track of what is going on.

When the Browns take Paddington on a birthday treat to the seaside he becomes very interested in Signor Alberto's Ski School. He enrols in a special crash course and, after a few initial difficulties, soon finds himself flying through the air, thanks to the help of Mrs. Bird's umbrella. Soon everyone wants to try the new parachute-skiing and Signor Alberto is delighted with the unexpected increase in trade.

Mr. Curry catches Paddington testing some `keep fit springs' in the garden. Keen to try them out, he offers Paddington the use of his wall in return for a free go. Unfortunately Paddington attaches it to the wrong wall which collapses. Mr. Curry demands to keep the springs as compensation, not realising that Paddington has only paid the deposit, meaning that Mr. Curry is landed with the bill.

The Browns take Paddington to a rugby match in which a local side is playing the Peruvian Reserves. Paddington volunteers to replace an injured player but insists on keeping on his duffel coat, which proves to be a big help when he scores a try. However, the big surprise of the day turns out to be one of the Peruvian supporters; Paddington's Aunt Lucy has travelled with the team all the way from Peru.

Comings And Goings At Number Thirty-Two

After several hectic days of sight-seeing, Aunt Lucy announces she wants to buy Mr. Brown a special Christmas present as a thank-you for looking after Paddington. Unfortunately, an automatic inflatable dinghy isn't the ideal gift to carry on a London bus, especially when Paddington pulls the wrong cord by mistake and it inflates on the top deck. 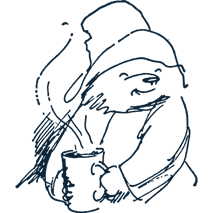