"The very first Paddington bear soft toy was designed in the UK by a lady called Shirley Clarkson. She made it as a Christmas present for her children, Joanna and Jeremy Clarkson (who was to go on to become a world famous motoring journalist)." 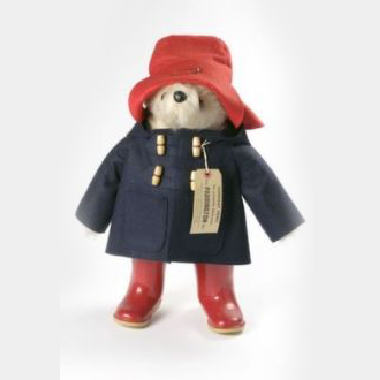 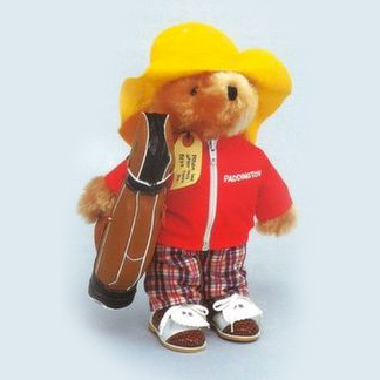 Although the Paddington books and television series have been around for many years, a number of people will have first been introduced to him in the form of the soft toy or plush bears.

The very first Paddington bear soft toy was designed in the UK by a lady called Shirley Clarkson. She made it as a Christmas present for her children, Joanna and Jeremy Clarkson (who was to go on to become a world famous motoring journalist). So many people admired Shirley’s Paddington that she started to make some more until her company, Gabrielle Designs and was granted an official licence to sell them in the UK in 1972.

This was the very first Paddington product licence. The launch of Paddington onto UK television screens in the mid-seventies then saw the arrival of other Paddington items in the shops, starting with a range of Coalport china. The number of different Paddington products soon grew until Paddington’s image was appearing on an array of items from greetings cards to wallpaper.

Meanwhile, Paddington’s popularity was beginning to grow outside the UK and in 1975 the US company Eden Toys acquired the licence to make and sell Paddington bears throughout the rest of the world.

Both Gabrielle Designs and Eden Toys started to make their bears in a number of different sizes and styles and Eden Toys in particular produced a large range of different outfits for Paddington. However unlike Eden Toys, whose bears were manufactured in large numbers in factories in Asia, all of Gabrielle Design’s bears were handmade in a small factory in Doncaster in the UK. As a result, any Paddington or Aunt Lucy made by Gabrielle Designs is now considered to be a collector’s item. The most valuable of these are the very early bears, particularly if they are in good condition and come complete with their original clothing.  There is even a website, The Paddington Collective, that specialises in selling some of the older pre-loved bears and other products.

Until Gabrielle Designs ceased trading in 1997, followed shortly afterwards by Eden Toys, these were the only two licensed manufacturers of Paddington plush bears.

Nowadays there are many versions of Paddington soft toys made by a number of different manufacturers throughout the world. They are sold in toy and gift shops, on-line and, of course, for anyone who is visiting London the complete range can be found in Paddington’s very own shop on Paddington Station! 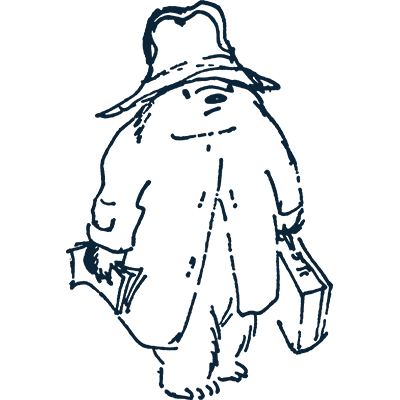