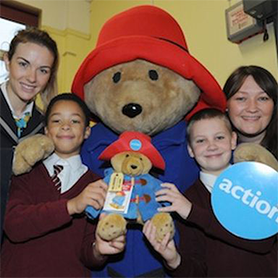 On Wednesday 11 December 2013, Paddington successfully achieved a new GUINNESS WORLD RECORDS title with the help of the children from 'Our Lady of Dolours' Catholic Primary School, based in Paddington, London. The title they won was for ‘Most hugs given by a mascot in one minute’ and their record number of 75 hugs beat the previous record by a massive 21 hugs!

Headteacher Sarah Alley worked hard with her pupils to prepare for the title along with Paddington who was doing the hugging in his role as charity mascot for Action Medical Research. Paddington & AMR break a world record..

Paddington so enjoyed the experience that he then moved on to Paddington Station where he continued to give out free hugs for the rest of the day, much to the amusement of passing commuters. 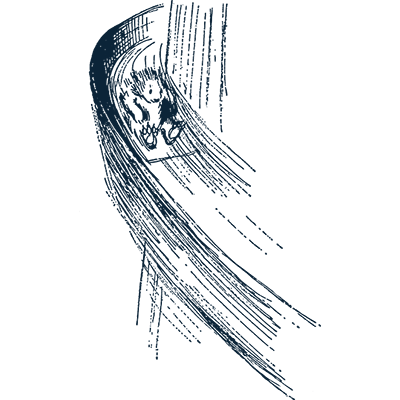