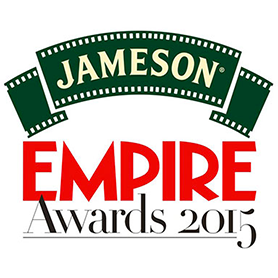 On Sunday 29th March stars gathered in London for the Empire Magazine’s 25th annual film awards, sponsored by Jameson. Fans were delighted that Paddington had received not just one but two nominations by the voting public. However, they were even more delighted when the announcement was made that Paddington's movie had won the first award of the night for Best Comedy.