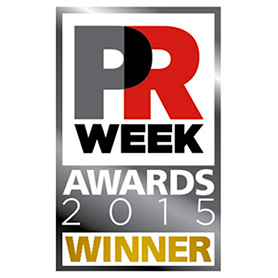 On Tuesday 20th October Premier won the prestigious PR Week Awards for the Paddington Trail, hailing it as the ‘Best PR Event’ of 2015.

Ahead of the Paddington film release in the UK Premier created ‘The Paddington Trail’ consisting of a series of 50 statues placed in key locations across London throughout November and December 2014.

The individual bears from the Trail were auctioned in December 2014 raising almost £1,000,000 for the NSPCC.