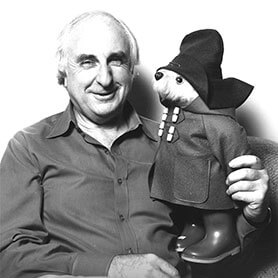 It is with great sadness that we announce that Michael Bond, CBE, the creator of one of Britain’s best-loved children’s characters, Paddington, died at home yesterday aged 91 following a short illness.

Published by HarperCollins for almost 60 years, Michael was a giant of children’s literature, his first book A Bear Called Paddington was published in 1958.

In his long and illustrious career he published over 200 books for children. As well as Paddington, he also created characters including Olga da Polga and A Mouse Called Thursday along with a series of adult novels, featuring the detective Monsieur Pamplemousse.

Over 35 million Paddington books have been sold worldwide and enjoyed by generations of children. The books went on to inspire toys, TV programmes and most recently the movie, Paddington produced by David Heyman for StudioCanal, and the second film eagerly awaited later this year.