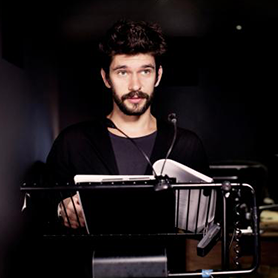 Bond star Ben Whishaw is the new voice of Paddington. He takes over from Colin Firth, who graciously opted for ‘conscious uncoupling’ from the upcoming film, because he couldn’t find the right vocal tone for the much-loved character.

Producer David Heyman and director Paul King told the Mail’s Baz Bamigboye that Colin sensed early on, before they did, he wasn’t right for the role.

‘He was saying: “Are you sure I’m right?” He was way ahead of us,’ Heyman admitted. ‘Colin was brilliant, but his voice was, ultimately, too mature.’

Paddington, he says, is an optimistic bear with a sense of wonder. ‘What we needed was a slightly more open, and younger, voice.’

Ben Whishaw, who was acclaimed for his performance as Hamlet at the Old Vic, will be best known to many cinema-goers as the actor who played a young Q in Skyfall.

When asked about his forthcoming role in PADDINGTON, The Daily Mail reported that Ben said:

‘I resisted a little bit, because I had a bad experience doing this kind of work in the past and I thought I was no good at it. But I was persuaded to go, slightly grudgingly.’

Now that he’s on board, though, he’s changing his view — particularly since he has an 18-month-old niece. ‘I’m delighted that she’ll be able to see it and it’ll be my voice. She’ll know it’s Uncle Ben.’