What a birthday gift! In celebration of his summer birthday today and in anticipation of his feature film debut this Christmas, Macy’s and The Weinstein Company are proud to announce that Paddington, the world-famous Peruvian bear will trade his London digs for a place in the sky above the Big Apple marking a return to the Macy’s Thanksgiving Day Parade®! The star of PADDINGTON, in US cinemas on December 25th, will transform into a new giant helium character balloon for the annual spectacle. A renowned traveller having made his way from Peru to London’s Paddington Station and eventually to the home of the Browns, Paddington is planning his greatest adventure yet when he takes to the skies of New York City in front of more than 3.5 million spectators and an astounding 50 million television viewers, in the USA’s most beloved holiday event.

“Watching the Macy’s Day Parade has been a Thanksgiving tradition in my family for as long as I can remember and having Paddington join the parade this year makes it all the more special. It’s the perfect way to kick off the holiday season.” said Bob Weinstein, co-chairman of The Weinstein Company.

“We are so thrilled to welcome Paddington back to the Macy’s Parade family of classic characters,” said Amy Kule, executive producer of Macy’s Thanksgiving Day Parade. “With his trademark hat, coat and suitcase, Paddington is ready for his trip down the streets of Manhattan and into the hearts and homes of millions of spectators who will once again fall in love with the classic children’s book character, just in time for his feature film debut this Christmas season.”

Paddington, author Michael Bond’s celebrated creation and star of his long-running series of children’s books will take flight posed mid-stride as if making his way to catch a bus, train or plane on his globetrotting journey. For his Thanksgiving Day adventure, Paddington will be decked out in his classic blue overcoat and red hat and will carry his signature suitcase. Standing at approximately 60-feet tall and 34-feet wide, Paddington will be ready to take on New York City’s famed thrills and even its cold November chill during his inaugural flight this holiday. Paddington last appeared in the Macy’s Parade in 1990 as an inflatable riding aboard a float. This year marks his first turn as a giant high-flying Parade balloon!

One of the most beloved characters of all time, Paddington is also set to hit the big screen for the first time in the USA on Christmas day. The magical comedy adventure is from the producer of all eight “Harry Potter” films, David Heyman, and helmed by twice BAFTA nominated director Paul King. PADDINGTON, features an entirely computer-generated bear who interacts with an all-star cast. Golden Globe winner Sally Hawkins and “Downton Abbey” star Hugh Bonneville play Mrs. and Mr. Brown, the British couple who take in the loveable bear. “Harry Potter” veterans Jim Broadbent and Julie Walters co-star, along with the new star of “Doctor Who,” Peter Capaldi. And Oscar winner Nicole Kidman plays the villainess Millicent who is determined to wreak her revenge.

With a Thanksgiving Day adventure and a new star-studded big screen debut that is set to become the must-see family film of the Christmas season, Paddington is sure to delight a new generation of children with his comic misadventures. 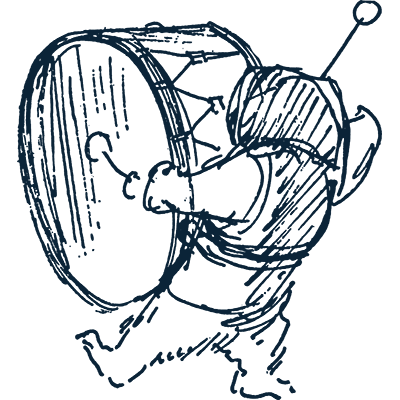